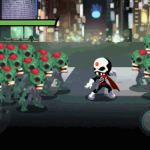 The pursuit of better AI and the feeling of fighting with group of zombies was started in March 6th. Up until now, it has consumed development time for almost 1 month. I should not say consumes as we intended to do it, it’s like a major thing that the game needs to focus on even though…
END_OF_DOCUMENT_TOKEN_TO_BE_REPLACED 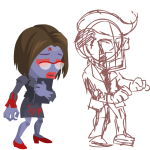 Hey guys, another devlog post for weeks long update. We’ve done quite several stuff in the past couple of weeks. First thing we would like to mention is AI improvement. Long ago since the very first start of the project, zombies-AI is sweet in its own sense of pure FSM. Although quite long time we…
END_OF_DOCUMENT_TOKEN_TO_BE_REPLACED

We’ve been off in accumulated of a few months since the time going back from TGS 2013. So we would let you know that it’s sure that you can expect some delays of the game.

Things got done pretty slowly during that time, and has gone back to normal since the late of January up until now.

Wasin is working more on implementing game features rather than main gameplay and zombie AI, while Kumpol keeps pumping out new zombie assets every week before the time Wasin will go back and integrate them. There’s more work on AI part making several different kind of behaviors that should look right and suitable for zombie. It’s expected to be time consuming as some grounds are needed to be covered and refresh in order to achieve that realistic level. From now to the end of development, we might be quite quiet on social interaction, and will be showing only an important things from the game as we think it will spoil the game out.

Fresh morning saturday indeed, and our lead developer’s working on something more.

This one for enthusiasm, follow us on Vine via @haxpor for nice candy

***This is a cross post from our lead technical developer @haxpor. The post contains much of information about why there’s not much activity going on in the past several weeks of Zombie Hero development. Check the original post here to centralize the comments. I do think I should post this directly to Zombie Hero Devlog but…
END_OF_DOCUMENT_TOKEN_TO_BE_REPLACED

It has been almost 2 weeks since our last update. So we really hope this post find you well The past weeks prevent us from implementing non-combat system, at least that is what I expect to start doing. But instead, what we put all energy into is the combat system itself. 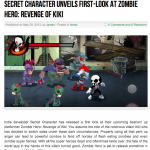 Hey guys, it’s been quite a while before this update shows up. Let’s jump into what we’ve come across so far. Press Roundup The past week was quite a tremendous satisfying moment for us as we’ve pushed out words about the game with the great help from Indieviddy. We got some responses back from international…
END_OF_DOCUMENT_TOKEN_TO_BE_REPLACED

This will be a long post, yes, for sure.

There’re lots of things going on lately. I will try to write them down clearly enough, so stay with me

We just have some time off after working hard to submit a game build to IndieCade (E3 event) and Develop in Brighton 2013 in a last couple of days ago. As we said to you in the previous update that we have good folks in local indie scene to play and give us feedback, we met them. We let them play the game then gathered and collected their thoughts, then noted, shared, and discussed to our team initially prior to writing this up. We will have a great conversation together within the team again when Ping comes back from Japan. 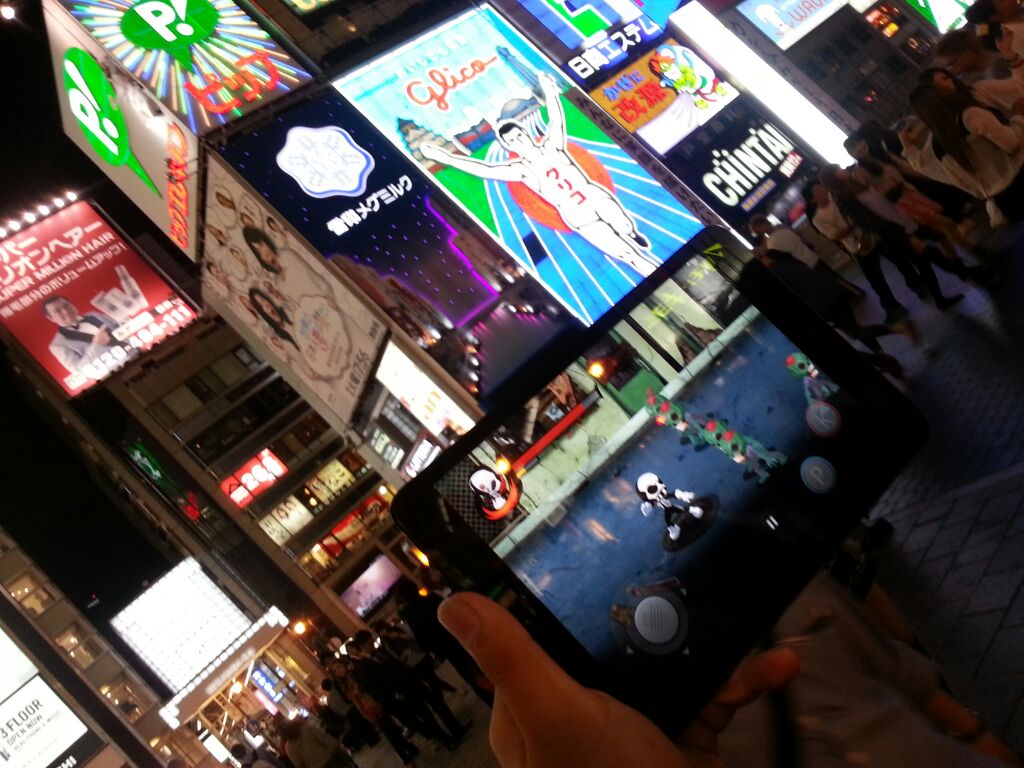 Ping, our game designer, usually goes back and forth between Japan and Thailand. This is a reason why there’s a feeling of Japanese culture embedded into the game in various places from dialogue to cut-scene transition. So this is a nice chance that we could take some shots off the ground!

Back to feedback. Here are some notable lists of what others think about the game and what they want the game to be. Some we can add and are really happy to, but some are not suitable for the game as we better take the original design as first and highest priority. That’s the way of creativity to give what others didn’t see yet.

Apart from the suggestive feedback, all in all, is they love art stuff and animation. It’s pretty smooth and nice to watch. The game is fun, and addictive. I’ve met one junior fine folk during the transit. I gave him a game to play. He loves it and has played it since then until we reached the event. At last, he’s the only one who can beat the prologue boss. What a nice effort.

Here are some shots! 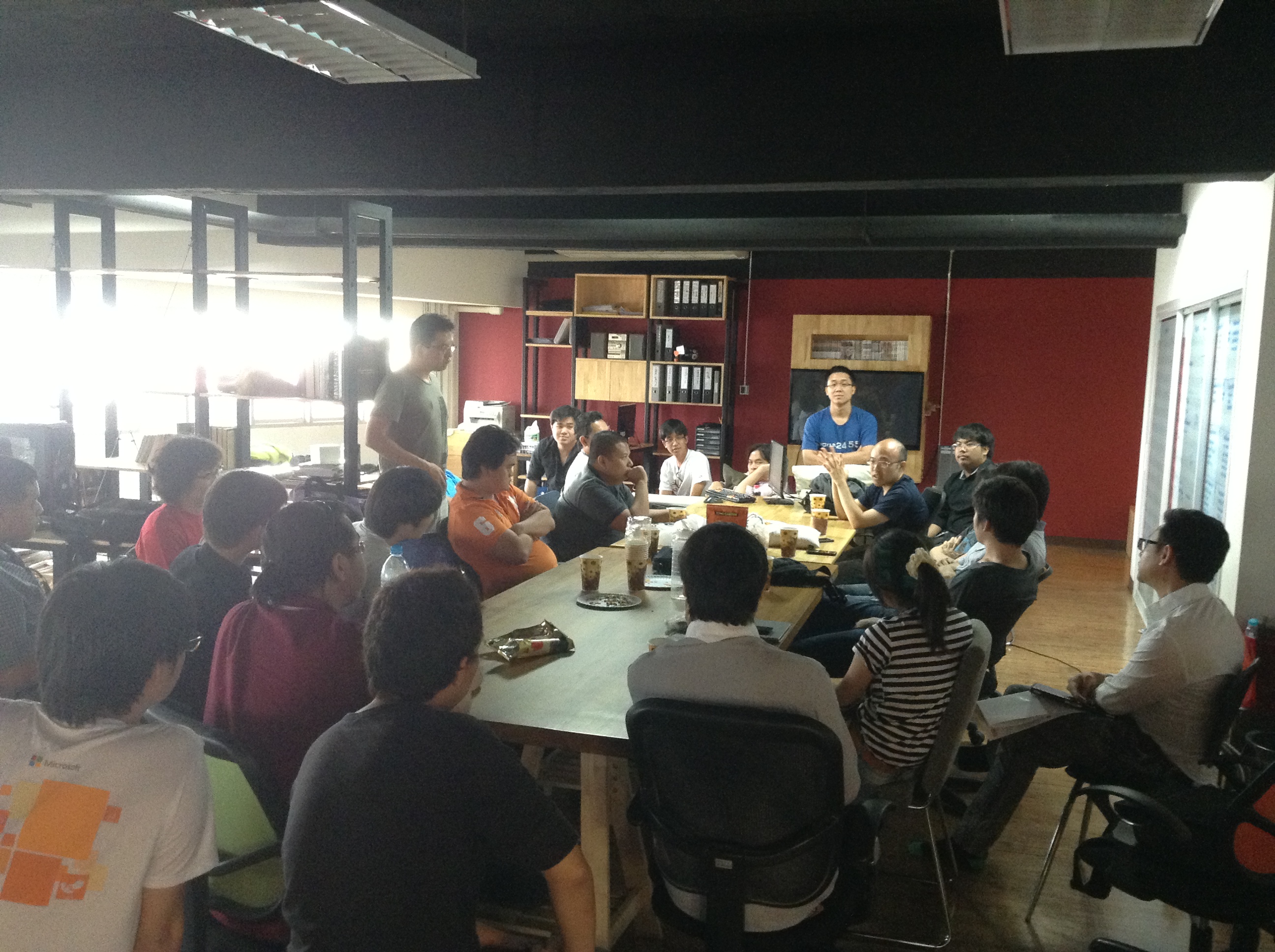 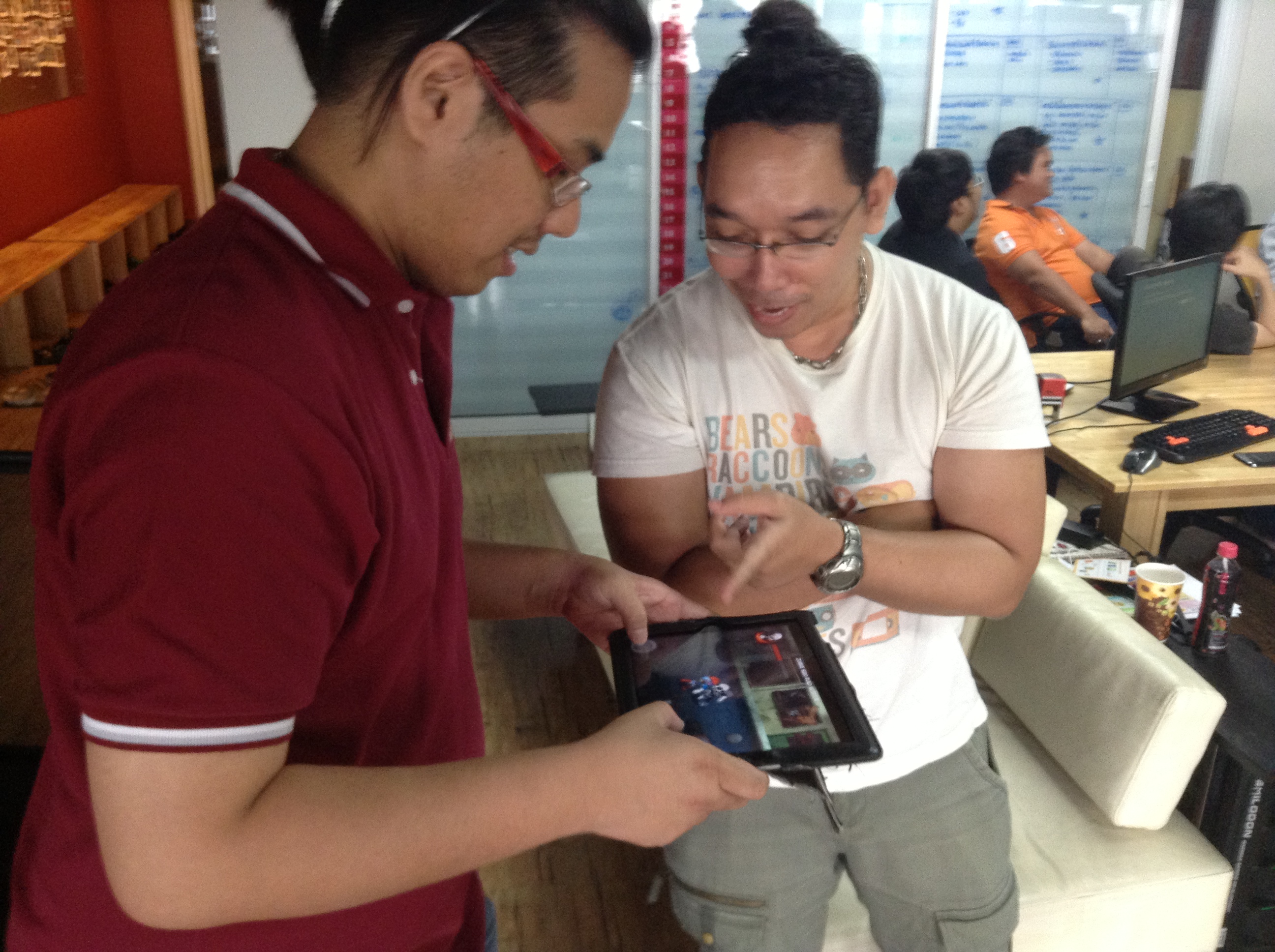 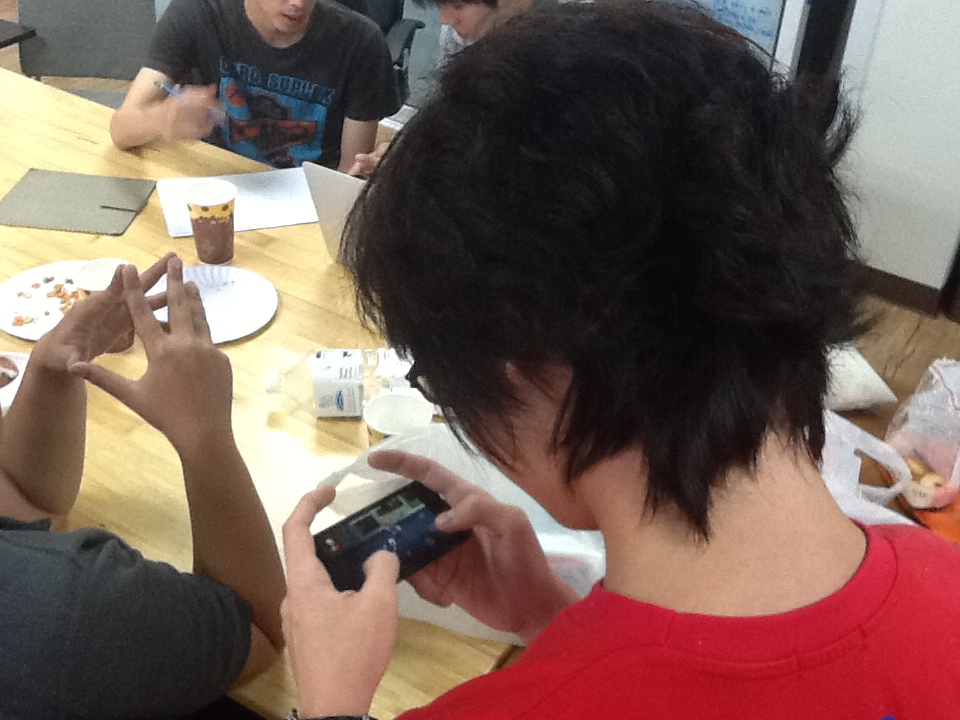 This is a guy!

We left with a final submission of IndieCade by the end of this month. Develop in Brighton 2013, and IndieCade (E3) are done. We will have much more time to polish and refine the game, and finger cross when we will be submitting it later on. In fact, our build now is complete in sense for Prologue storyline. All necessary features like cut-scene (intro/outro), tutorial, gameplay, dialogue, and boss fight are included, in additional with feedback / enhancement which is applied up on the voice from our friends who had a chance to play our game.

We left you with a screenshot adding with initial refined UI of Ultimate Attack. By removing the clunky circle button to activate ultimate attack on the right in which it hinders the visual, we directly play with Kiki avatar. 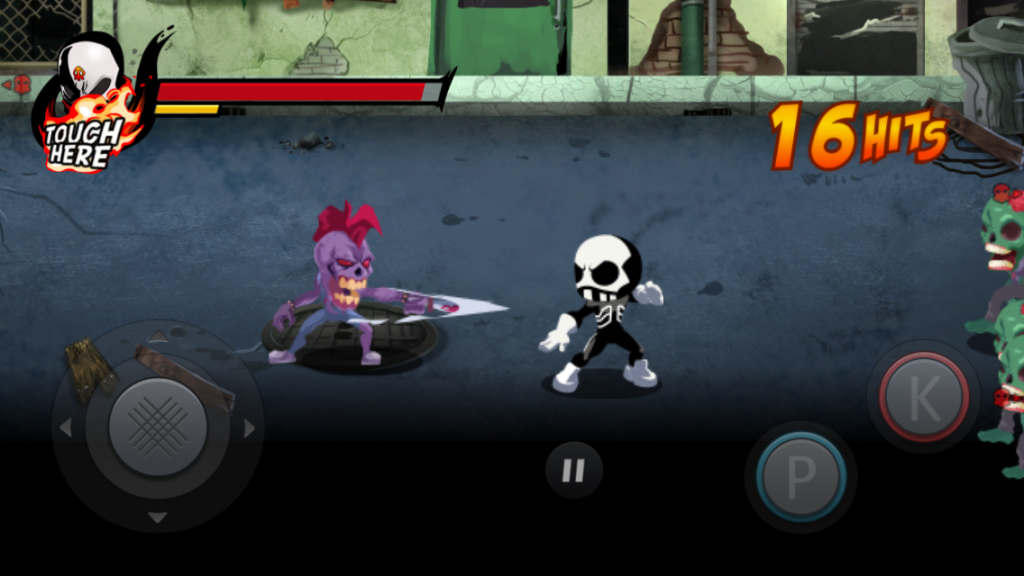 So what’s going on in the past weeks, and what’s next. We have an update along with some shots for you here.

Mostly what we’ve done was as follows.

Next big thing is that as our artist wants a perfection on animation. We have to implement the following combo system up on what we actually have in the current build. 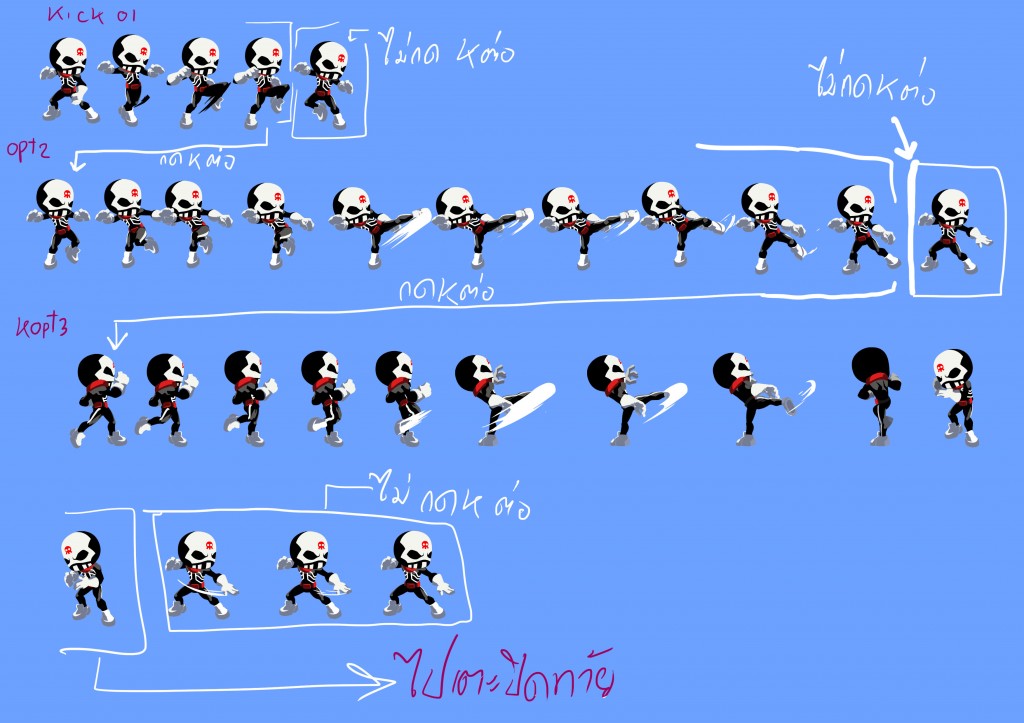 The current build (as of bulid-0.51.1.16) we have only hit delay frames as you can imagine when the attack hits, it should have some delay in frames to indicate force acting on something. Yes, we have that but it’s not enough. Consider for complex animation + combo system resulting from interacting with buttons (kick and punch in this case), what we need is like a fallback frames at the end if combo cannot be made, or even cut some frames at the end off to smoothly perform the whole attack animation with good flow and less pain gameplay experience. We will add it pretty soon, hopefully in a couple of days.

In fact, today in the afternoon we will have a great chance to show our game and let our folks in local indie scene to be able to play the game and let us know some valuable feedback. They’re good folks and this won’t be a show-off situation, but we treat it as a community sharing approach. Chit-chat, and share some ideas in order to get the best out of our game is the main priority. The group is called TGDC (Thai Game Developer Corner). We will get you some shots after the event, and update what others think about our games. 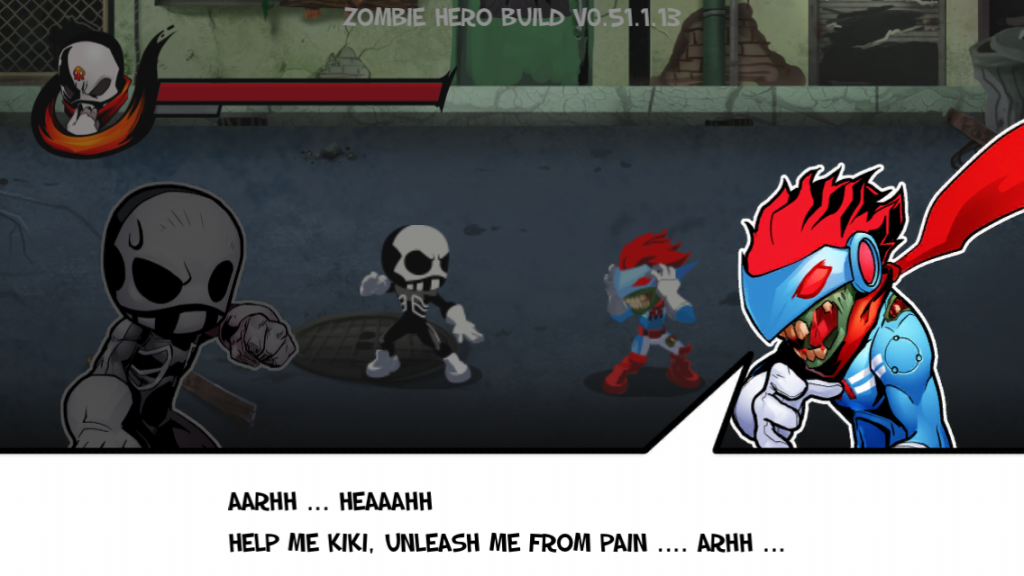 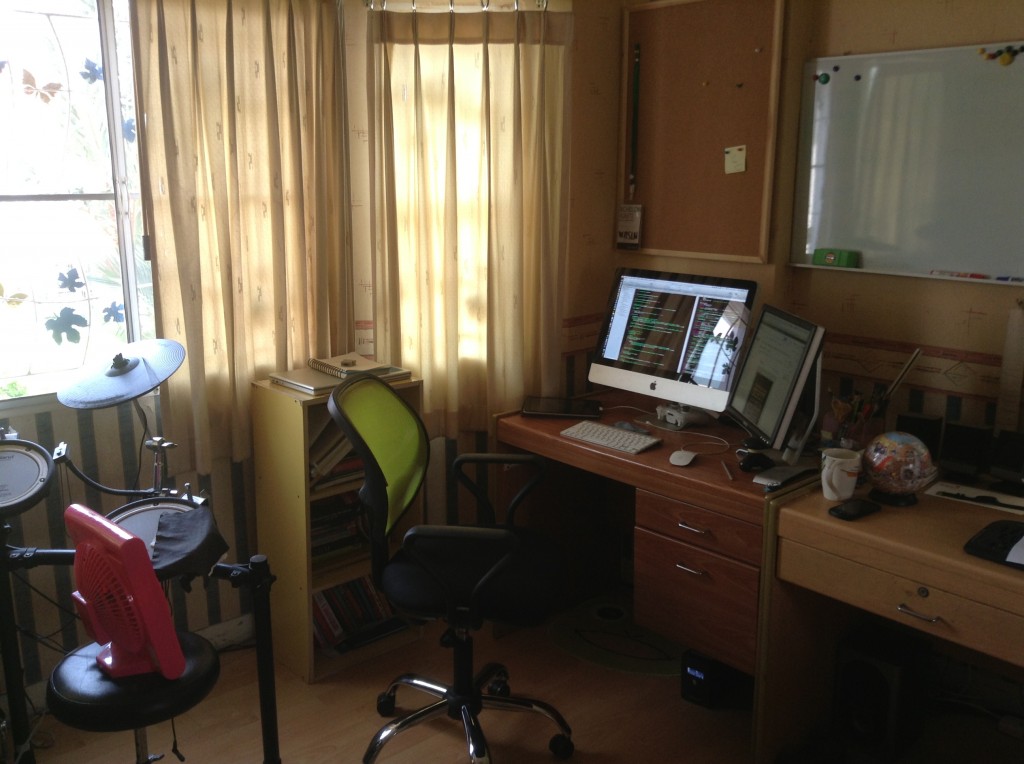 Yeah, we will get you some more shots especially what’s it look like for our artist working desk as you know we’re working remotely and we communicated mainly via e-mail. A nice stats show that we’ve sent 1,652 e-mail threads since day one as checked in the past morning. We have no problem working with this stuff.

It’s so amazing in the past couple weeks that we can manage to push things out and implement features that we expected for the very first stable demo build should be. In fact, we would like to create such a dev build that can express our design and feeling from playing this kind of action game to players. There’s also a plus by doing those things as we will have a stable build in hands ready to showcase to larger audience in some possible indie game events in the future. The major benefit is to understand them more, and improve the game.

At this stage, we handed the games to some of our close friends. Let them play without information, or any guidances. We then note some useful data by sneaking behind them and write down everything! 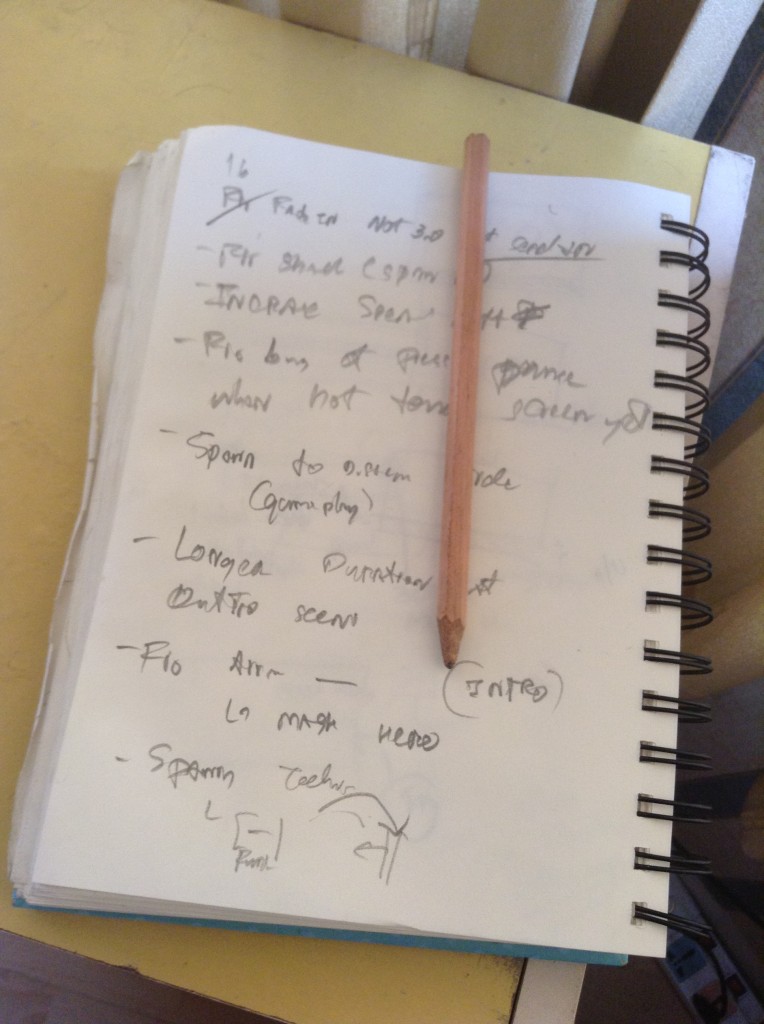 A current build consists of

Initial notable data we got from seeing testers playing our game in real action is as following.

We’re thinking about capturing a gameplay video to showcase the features above. But right now, let us fix and improve things first. Check back again for more!